Wonder Girl was the teenage sidekick of Wonder Woman[3] back in the '60s. She was also a member of the Teen Titans.

In the parallel universe of Earth-One, when Donna was a baby she was dropped off at the Willowbrook Orphanage in Virginia by her mother, Dorothy Hinckley, who was dying of cancer. Donna was then adopted by a couple named Stacey. Two years after Donna's adoption, her foster father had been killed in an accident, and his wife, penniless, had been forced to give Donna up for re-adoption.[4]

While Donna was still a little girl, Wonder Woman saves her in an apartment fire and learns that the couple with her died in the fire. (NOTE: It is revealed years later, that the couple who died in the apartment building fire had not adopted Donna, but were go-betweens for a child-selling scheme run by a crooked lawyer.)[5] Wonder Woman decides to bring the child to Paradise Island. Soon the child becomes Queen Hippolyta's adopted daughter and Wonder Woman's adopted sister. Naturally, she was unable to compete with the Amazons on a physical level, lacking their special powers. She was given powers almost identical to those of Wonder Woman by scientist Paula von Gunther. She also learned the ways of Amazon combat and physical training.[6]

In the months and years to come, Wonder Girl dons a new, all-red bodysuit-style costume, lets her hair fall loose,[7] adopts the secret identity Donna Troy, becomes a member of a "junior Justice League" and helps establish the Teen Titans. At that time, the Titans consisted of 'Robin' (Dick Grayson), 'Kid Flash' (Wally West), and Aqualad.

Wonder Girl did not appear in any episodes of the Superfriends. 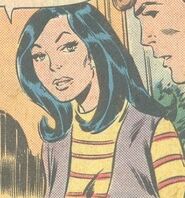 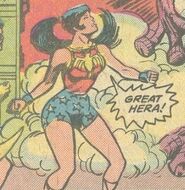 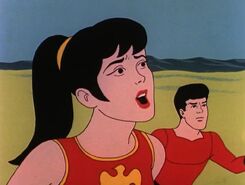 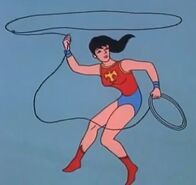 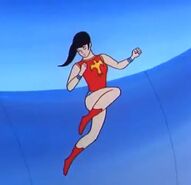 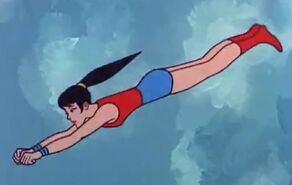 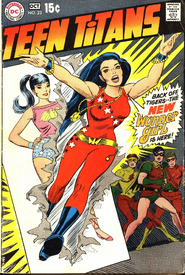 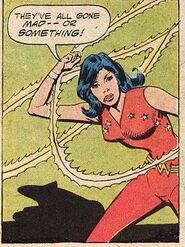 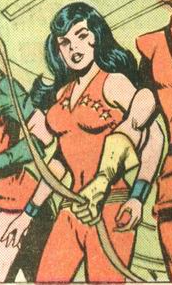 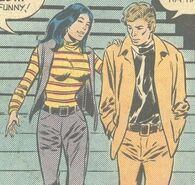 Retrieved from "https://superfriends.fandom.com/wiki/Wonder_Girl?oldid=84224"
Community content is available under CC-BY-SA unless otherwise noted.