Vampires are a supernatural race of corpses, native to Earth, particularly Transylvania. They feed on blood and can be destroyed with garlic, sunlight, holy water, stakes, silver darts or bullets, or crosses. One such vampire was Dracula, who also had the ability to transform humans into vampires, simply by blasting rays from his eyes at his victims. Vampires also have the ability to transform into bats. 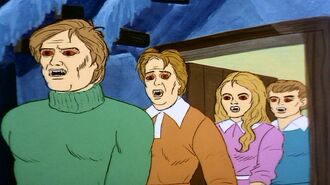 Humans that Dracula transformed into Vampires.

Humans that were transformed into Vampires. 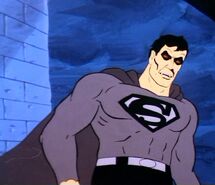 Superman transformed into a Vampire 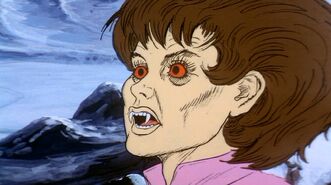 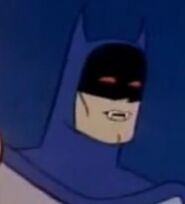 Batman transformed into a vampire
Add a photo to this gallery
Retrieved from "https://superfriends.fandom.com/wiki/Vampires?oldid=74272"
Community content is available under CC-BY-SA unless otherwise noted.