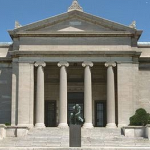 Thanks for all you've done on this wiki.  Much appreciated.

I've seen you work on the various Earth's and specifically your recent addition to the JLA 147 on hypertime.

So I have a question for you...

I saw this template box over at the DC Database and I thought we could use somehting simular.

What info would you put in this info box?  Would you you refernce hypertime? or something like that?

Let me know and i'll put it together.

Well I would throw out the whole Pre-Crisis thing as thanks to hypertime and later Convergence the "elimination" of the Pre-Crisis multiverse became moot as hypertime versions of Earth-Three and Earth-S were shown.

I wanted to thank you again for all the work you've done around here.  It was trult needed.

As far as your response above, I'm an old guy who hasn't collected comic books in years. I'm familier with the original Pre-Crisis multiverse, (the JLU cartoon, and the new 52) but that is about it ... so all your talk about 'hypertime' and everything else is new to me.  So it may be best to 'keep'  all the talk (as opposed to doing away with it) about pre-crisis and explain it (like you have been) so people like me can understand.

Also, please fee free to edit and update this section as needed too:

Retrieved from "https://superfriends.fandom.com/wiki/User_talk:BruceGrubb?oldid=61288"
Community content is available under CC-BY-SA unless otherwise noted.