Underoos is a brand of underwear for children, produced by the Fruit of the Loom company.

The packages include a matching top and bottom for either boys or girls, featuring a character from popular entertainment media, especially superhero comics, animated programs, and fantasy/science fiction.

In many cases, the garment mimics the distinctive costume of the character, encouraging the wearer to pretend to be the character. In others it features an image of the character and/or logo on the undershirt. Children often enjoy these due to the stark coloring and the imaginative design behind it. 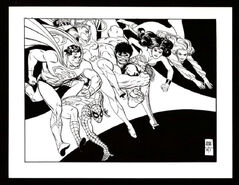 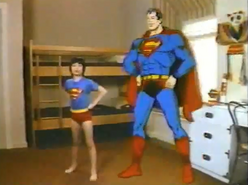 Superman with a boy in Superman underoos 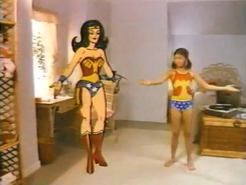 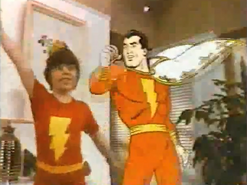 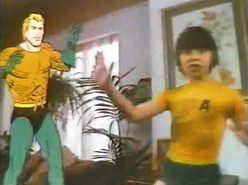 Aquaman with a boy in Aquaman underoos 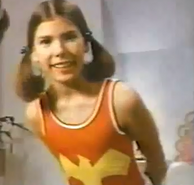 A girl in Wonder Woman underoos 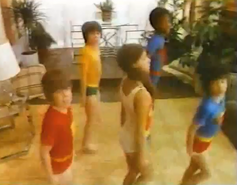 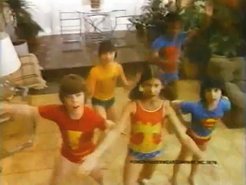 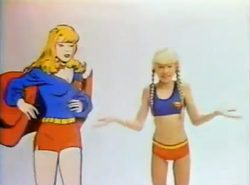 Supergirl and a girl in Supergirl underoos 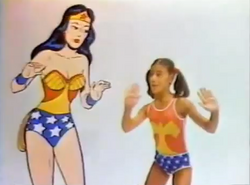 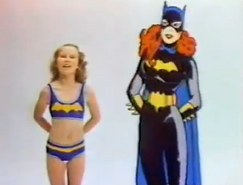 Batgirl and a girl in Batgirl underoos 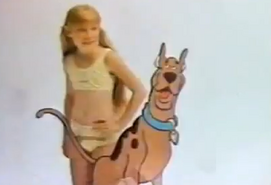 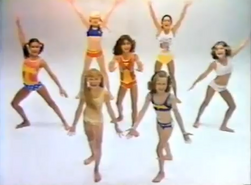 Girls in their underoos 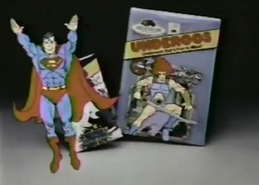 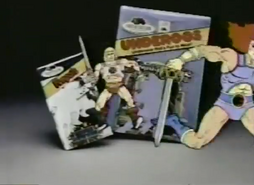 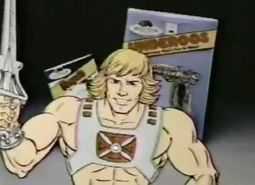 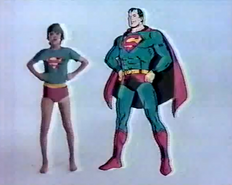 Superman and a boy in Superman underoos 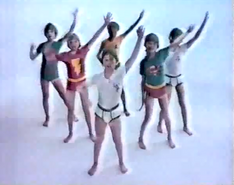 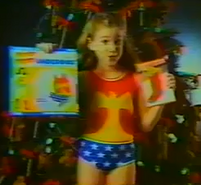 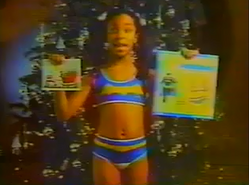 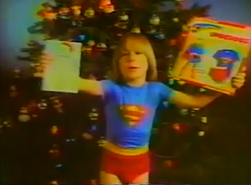 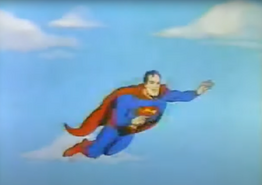 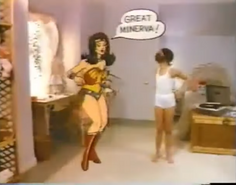 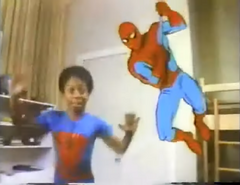 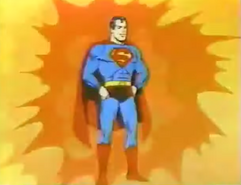 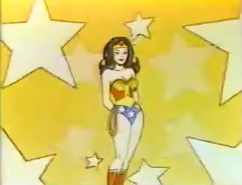 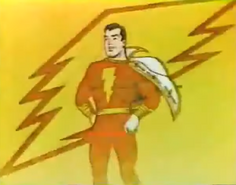 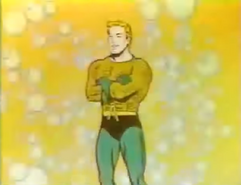 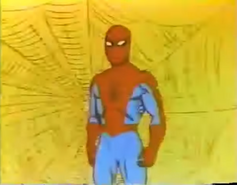 Spider-Man
Add a photo to this gallery

The commercials usually consisted of the characters shown in animation, interacting with the children (which were played by real actors) who were excited and dancing and singing pretending to be superheroes. Alex Toth reprises his role as the character designer, a role he was also doing for the Super Friends series. There were also other characters from outside of DC Comics that were part of the line, such as Hulk from Marvel Comics and others.

Retrieved from "https://superfriends.fandom.com/wiki/Underoos?oldid=91829"
Community content is available under CC-BY-SA unless otherwise noted.