Toni was a young girl who was in a relationship with a boy named Daryl.

So he decides to jump off of a cliff that was posted as a place to dangerous to go hang gliding off of. This makes Toni scared so she jumps onto him, grabbing him while he's in the air, making it impossible for him to control his glider. 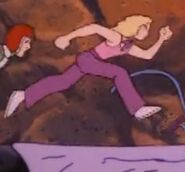 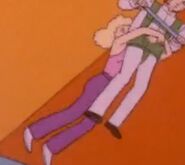 Retrieved from "https://superfriends.fandom.com/wiki/Toni?oldid=85932"
Community content is available under CC-BY-SA unless otherwise noted.