Start a Wiki
A Hanna-Barbera series 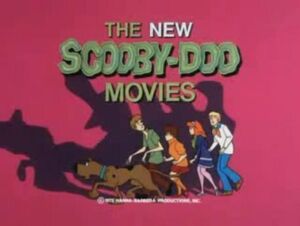 The New Scooby-Doo Movies (sometimes called The New Scooby-Doo Comedy Movies) was the second incarnation of the long-running Hanna-Barbera Saturday morning cartoon Scooby-Doo, Where Are You!. It premiered on September 9, 1972 and ran for two seasons on CBS as the only hour-long Scooby-Doo series. Twenty-four episodes were ultimately produced (sixteen in 1972 and eight more in 1973).

Each of the episodes of this series featured a special guest star, who would help the gang solve the mystery of the week. Batman and Robin were among the guest stars. They appeared in 2 episodes.

Episodes that seem to share Canon With the SuperFriends

Retrieved from "https://superfriends.fandom.com/wiki/The_New_Scooby-Doo_Movies?oldid=38888"
Community content is available under CC-BY-SA unless otherwise noted.