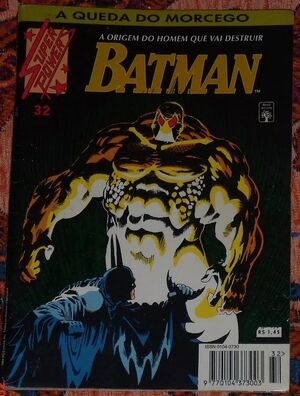 This comic was the thirty-second issue of the fourth volume of the Super Powers comic book series.

It consisted of two stories starring Batman that were originally printed in English by DC Comics, but were translated into Portuguese in this printing of the stories by Editora Abril.

The comics were part of the prelude of the popular Batman trilogy of the 1990s called Batman: Knightfall.

Retrieved from "https://superfriends.fandom.com/wiki/Super_Powers_Vol_4_32?oldid=93119"
Community content is available under CC-BY-SA unless otherwise noted.