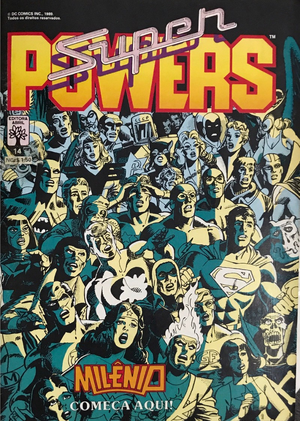 This comic was the fourteenth issue of fourth volume of the Super Powers comic book series.

It consisted of one story which was originally printed in Millennium # 1 (January 1988).[1]

All stories in this comic book were printed in the Portuguese language.

Retrieved from "https://superfriends.fandom.com/wiki/Super_Powers_Vol_4_14?oldid=94370"
Community content is available under CC-BY-SA unless otherwise noted.