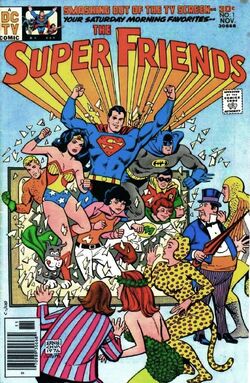 Super Friends was an ongoing comic book series published from 1976 until 1981. The title adapted the adventures of the popular Hanna-Barbera animated series, The Super Friends.

The series would include Wendy and Marvin for the first eight issue, after which they "retired" to attend college and were replaced by Zan and Jayna.