The role of Robin as depicted in the original Multi-Verse:Edit 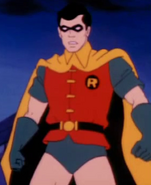 Jason Todd
Add a photo to this gallery

The Role of 'Robin' in Post-Crisis Continuity:Edit 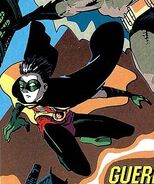 Retrieved from "https://superfriends.fandom.com/wiki/Robin_(disambiguation)?oldid=91599"
Community content is available under CC-BY-SA unless otherwise noted.