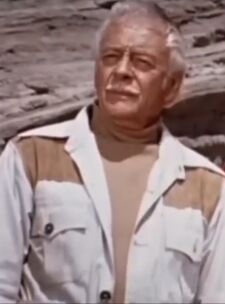 The man Billy Batson refers to as his Mentor was an older gentleman that trained Billy to be the superhero he was destined to become, after being chosen by Shazam and having super powers magically bestowed upon him. He trained Billy during a summer vacation, driving him around the California in his RV.

Eventually, Billy returns to Fawcett City, and his role as his mentor is no longer required. It is unknown if Billy's mentor still keeps in touch with him or not.

When the live-action Shazam show was on the air, the comic was reconfigured to be more like it, but using characters from the comic's history. Uncle Dudley filled the role Mentor performed in the show.

Retrieved from "https://superfriends.fandom.com/wiki/Mentor?oldid=87656"
Community content is available under CC-BY-SA unless otherwise noted.