Star reporter Lois Lane is a close friend of Superman, and Clark Kent's reporting partner at the Daily Planet. She is unaware that Clark and Superman are one and the same man. She is known for being quite a stubborn reporter, taking extremely dangerous risks just to get a story. She is often in over her head, and is needed to be rescued by Superman.

On the parallel-universe of Earth-One, a couple named Sam and Ella Lane give birth to their first daughter on their farm in the small, rural community of Pittsdale, Iowa. This girl is named Lois, and when she entered high school, she excelled in all of her studies. During her junior year, a large Metropolis newspaper known as the Daily Planet sponsored a nationwide contest for high school students. Whoever succeeded in submitting the best report would one day be awarded a position with the paper. Lois was selected to participate in the contest and met Clark Kent from Smallville.[5]

Following high school, Lois attended Raleigh College, majoring in journalism. After graduation, she made contact with Perry White, managing editor of the Daily Planet, who kept his promise to Lois and offered her a position as a reporter. In time, Lois became one of the most infamous investigative journalists in the Daily Planet's history.[6]

In one episode where Lex Luthor was imprisoned, Lois Lane was nowhere to be found. Superman then wonders why Luthor is calmly in jail and has a high, feminine voice. When "Luthor" pleads with Superman that he is really Lois Lane, Superman gets the guard to release "Luthor", then uses his heat vision on Luthor's head. Luthor's face melts away to reveal it was really Lois Lane. Lois tells Superman that she was captured by Luthor, and his dimwitted assistant Orville used a "disguise ray" that transformed her into Lex Luthor and the real Lex Luthor into Superman, and that Luthor is committing crimes to disgrace Superman while she would falsely be in jail. Superman uses this information to stop his evil doppelganger. 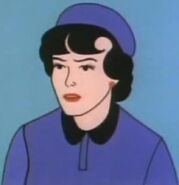 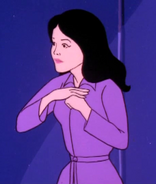 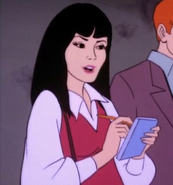 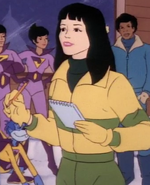 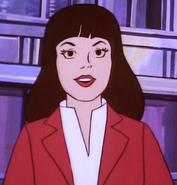 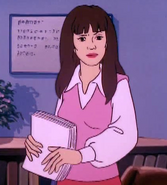 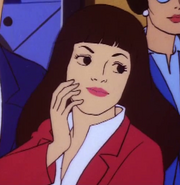 Retrieved from "https://superfriends.fandom.com/wiki/Lois_Lane?oldid=95076"
Community content is available under CC-BY-SA unless otherwise noted.