Golden Batman, or Golden Bat for short; was the doppelgänger of Batman from Earth-SK79.

His mortal enemy was the Black Star of his Earth.

His name obviously came from the bat of the same name.[2] 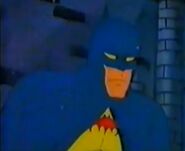 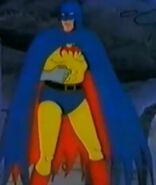 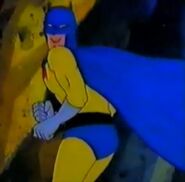 Retrieved from "https://superfriends.fandom.com/wiki/Golden_Bat?oldid=76635"
Community content is available under CC-BY-SA unless otherwise noted.