Doctor Fate is a superhero who possesses magical super powers. He is a member of the Justice Society of America and is a native of Earth-2A. He wears the Helmet of Nabu which gives him incredible abilities.

In the parallel universe of Earth-Two (Earth-2A in the SuperFriends Universe), in 1920, archaeologist Sven Nelson and his son Kent go on an expedition to the Valley of Ur in Mesopotamia. While exploring a temple discovered by his father, young Kent opens the tomb of 'Nabu the Wise' and revives him from suspended animation. Nabu explains that he is an immortal being from the planet Cilia. As they leave Nabu’s chamber, they discover Mr. Nelson’s lifeless body. Nabu explains that the temple was built with a poisons gas to protect it. Together they bury Mr. Nelson outside the temple. Nabu takes pity on young Kent and teaches him the skills of a sorcerer over the next twenty years before giving him a mystical helmet, amulet, and cloak. Kent then assumes the identity of Doctor Fate in order to fight evil. In 1940, Kent would meet his long-time traveling companion, Inza Cramer in Alexandria, Egypt on his way back to America.[2] After arriving back in the United States, Kent begins a career fighting crime and supernatural evil as the sorcerer and superhero Doctor Fate and sets up a base in a tower in Salem, Massachusetts.[3]

Doctor Fate helps co-found the Justice Society of America in 1940.[4]

About a year later, Kent Nelson, with the help of Inza switches to a helmet that covers half his face to allow him to live his life as both Doctor Fate and Kent Nelson.[5]

Over the next several years, the JSA began having many cross-universe adventures with their Earth-One counterparts the Justice League of America.[6]

Doctor Fate's magical powers are broad. These powers are derived from the possession of Kent Nelson by Fate, a lord of Order called Nabu. Fate resides in the Helmet of Nabu. When Kent dons the helmet, he only vaguely remembers the experiences of Fate.

Sorcery: At his most potent, Doctor Fate is an accomplished sorcerer, able to match most other wizards in the Universe. He has been credited as being one of the top 12 most powerful heroes in the Universe. Kent is a powerful magician, mostly through use of his enchanted items. He has always used spells cast in the Eastern Way of internal balance and internal focusing as opposed to the Western Hermetic use of symbols and incantations.

However, in the training of Kent Nelson, Nabu taught Kent to use the following powers without the helmet:

Without the helmet, Kent Nelson in an ordinary mortal with some knowledge of the mystic arts and is not as powerful as he is with The Helmet of Nabu. Without a mortal host, Nabu, the Lord of Order that inhabits the helmet, cannot visit the earthly plane normally, however he has been able to sustain himself in the physical plane on numerous occasions. On these occasions he was disembodied and was composed of only the helmet, cloak, and Amulet of Anubis. Dr. Fate's main weakness is that his physical form can be stressed and destroyed. It is also revealed that Dr. Fate was not meant to be either male or female, but both united as one, and that unless this is realized Dr. Fate can never reach his full potential. Numerous Golden Age appearances also exploited the fact that for all his powers, Dr. Fate still needed to breathe and was vulnerable to gaseous attacks. 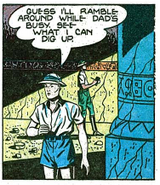 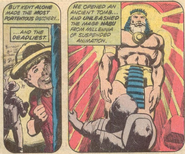 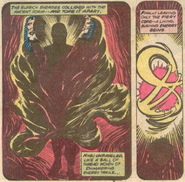 Retrieved from "https://superfriends.fandom.com/wiki/Doctor_Fate?oldid=84444"
Community content is available under CC-BY-SA unless otherwise noted.