Denny O'Neil was one of the most important writers for DC Comics during the 1970s.

His most famous work he had done was revitalizing the Batman comics with Neal Adams, and also his work on Green Lantern/Green Arrow, also with Adams.

He was also well-remembered as the guy who came up with the idea to kill off Jason Todd, who was the Robin during that mid-to-late '80s. But it was put to a vote from audiences.

Denny O'Neil retired from comics, but occasionally still made appearances at comic book conventions from time to time up until his death in 2020, which occurred during the Corona virus pandemic.

Super Friends # 8
Add a photo to this gallery

Past, Present, and Danger!
Add a photo to this gallery 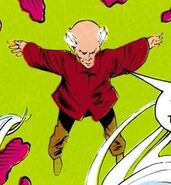 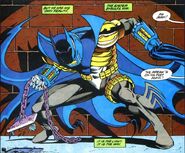 Jean-Paul Valley
Co-Creator
Add a photo to this gallery

Himself
Evolution: New Heroes, Viler Villains, and Ethnic Additions (2007)
Add a photo to this gallery

Retrieved from "https://superfriends.fandom.com/wiki/Denny_O%27Neil?oldid=93849"
Community content is available under CC-BY-SA unless otherwise noted.