Cyborg is a superhero and a member of the Super Powers Team. He has cybernetic implants that increase his strength, and a "sound blaster," capable of generating high pitched sound for use as a weapon.

Cyborg's origin was told via a medical journal read by Professor Martin Stein:

Aside from a brief stay with the Teen Titans in 1983,[1] Cyborg mostly kept out of the public eye, and soon began working at a special school for disabled children.

Superman had asked him on a number of occasions, to join the Super Powers Team. On one occasion, after capturing Lex Luthor, Superman stated that anyone who could single handedly capture Luthor would be a very welcome addition to the team. Still Cyborg had no desire to join and remained insistent that he wanted to fly solo.

Eventually though, Cyborg started to develop a real friendship with Firestorm, and finally, after helping the team stop Darkseid's plot to take over Earth, and being formally asked by Batman, Cyborg finally decides that he was meant to join the team all along.

Even though Cyborg hated Apokolips, he went back multiple times to help the team fight Darkseid and his forces.

His ability to interface with a computer has been very helpful to the team on a number of occasions. 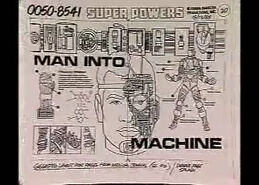 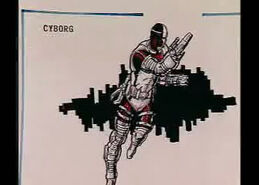 Victor Stone is the son of Silas and Elinore Stone, a pair of scientists who work at S.T.A.R. Labs. One day while visiting his parents at the lab, an experiment in dimensional travel went horribly awry when a massive gelatinous monster crossed over an experimental portal. The creature severely mutilated Victor before Silas managed to force the creature back through the portal. Not long after the attack, Silas was able to outfit his son with experimental prosthetics of his own design. However, the equipment could not be worn inconspicuously.[2]

Retrieved from "https://superfriends.fandom.com/wiki/Cyborg?oldid=83853"
Community content is available under CC-BY-SA unless otherwise noted.