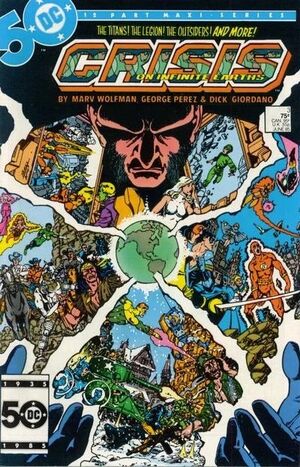 This comic book technically didn't depict the Super Friends Universe, although it still should be considered part of the Superfriends franchise, because it was reprinted in Superamigos, #24 (April 1987).[1]

It was printed in the Portuguese language and so it was labeled as a Superamigos product. It was part of a major twelve-issue crossover event called Crisis on Infinite Earths.

Retrieved from "https://superfriends.fandom.com/wiki/Crisis_on_Infinite_Earths,_3?oldid=90071"
Community content is available under CC-BY-SA unless otherwise noted.