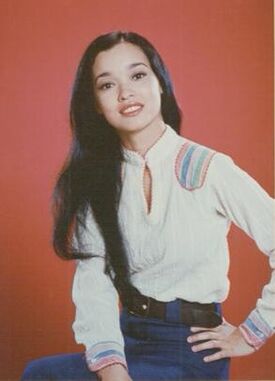 Cindy Lee is a High School student in Fawcett City and favored pupil of chemistry teacher Andrea Thomas, and also a close friend of the superhero Isis. However, she is not aware that Andrea Thomas and Isis are the same person.

The Secrets of Isis

Retrieved from "https://superfriends.fandom.com/wiki/Cindy_Lee?oldid=33545"
Community content is available under CC-BY-SA unless otherwise noted.