The Batcave was Batman and Robin's secret base of operations.

Here, hidden beneath Wayne Manor, they often investigated crime cases and stored their arsenal for crime-fighting.

The Batcave was connected to Wayne Manor by a large staircase. However, Batman decided to improve this feature and built an elevator to connect both places. He also adapted a new secret entrance for the Batmobile. It had previously been located in an abandoned barn, but Batman changed it and switched the secret entrance to a hidden door on a mountain side, which was activated from the remote controls of the Batmobile.[1]

Shortly after, Bruce installed a "Hot-Line" in the Batcave, which was a private phone connected between the cave and Commissioner Gordon's Office at the GCPD Headquarters. This feature largely replaced the Bat-Signal for some time during Batman's career.[2] 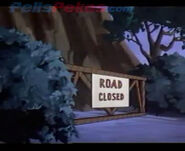 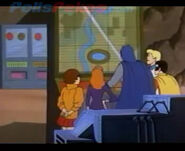 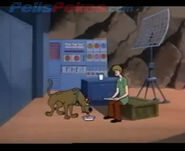 Retrieved from "https://superfriends.fandom.com/wiki/Bat-Cave?oldid=95799"
Community content is available under CC-BY-SA unless otherwise noted.